Hello great peeps! Thanks so much for stopping by the
JLB Creatives Blog.


If you've not visited the new HIDDEN EARTH Series website
be sure to check it out...Maycly's final book cover has been
posted there along with advance copy reviews and so much more!


But enough about me. We're still on a roll
with our Author Splashes...so many great authors out there!
This week we're featuring C.V. Smith
author of Nettie Parker's Backyard
C.V. is a master at mystical writing,
but don't take my word for it...
check her out for yourself!
Introduction Video
for author
C.V. Smith
~   ~   ~
Here's a little bit about C.V. Smith to help get you acquainted...
I'll start with my favorite food, I figure we all have something in common when it comes to food. I'd love to list my favorites, but listing my least favorite foods would be much simpler!!  I usually like most everything, and am always on a quest to find the ‘perfect burger’!  I definitely prefer vanilla to chocolate, and love flavored coffees.  I also prefer savory, homey comfort foods to desserts.
***
Secondly, let's see if we connect regarding hobbies.
My hobbies are reading, going to the theater (I love innovative, unique plays), I love classical and Latin music, and I also love nature:  trees, flowers, rocks, streams, and all landscapes, sometimes with houses in them.  I love watching HGTV and all the Food programs.
***
When it comes to seeing new places, I'm always ready!
I have been very fortunate in having traveled all over the world:  Alaska, British Columbia, Seattle, many places in central and southern California as I was born and raised in Los Angeles. I've been to Mazatlan, Guadalajara, Mexico City, the Yucatan Peninsula, Peru and down the Amazon River. I've discovered Machu Picchu, New Orleans, Orlando, Hilton Head, Charleston, Savannah, Memphis, Chicago, New York City, Washington DC, Boston, Toronto, the Caribbean, Egypt, Italy, Greece, France, England, Holland, Denmark, Sweden, Norway, Finland, St. Petersburg, China, and Australia.
*** 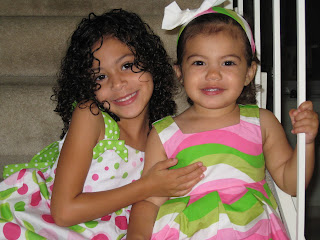 Family? Absolutely! I've got one of the best ones around!
I have 2 grown children, a son and a daughter.  My son is not yet married, but my daughter has given me 2 wonderful granddaughters, Keira age 5 ½ and Daphne, age 2.  I love being with them several times a week as we live close by.  To the left is their most recent photo,
(you know us grandparents just have to brag!)
***
And finally, life in general.
I have been a teacher and para-educator for over 30 years, most of which were spent in classrooms where students were just beginning to think for themselves and about themselves.  The book is written for ages 9-13, the time when youth questions everything.  Adolescence is starting and many children feel insecure about themselves, their relationships with peers, or even their own families and homelife.  These insecurities manifest themselves in various behaviors; some children withdraw into themselves, while some overcompensate for their fears by bullying others.  I have witnessed that when bullying begins, even if innocently meant with only an off-handed word or two, prejudice often follows not far behind.  I wrote this novel hoping to illustrate to children that bullying and intolerance toward race, religion, or the physically challenged have no place in our world.  Certainly, with tools such as the internet, facebook, twitter, etc., the world is becoming smaller in many ways, and so the ill-effects of prejudice are felt even more strongly today than in the past.  I believe that my book inspires readers to see that what matters is the "core" of each person, and that acceptance of others and their differences truly means enriching themselves.  I further believe that more must be done to inhibit bullying; not doing so only enables the passing of prejudice from one generation to the next.
~     ~     ~ 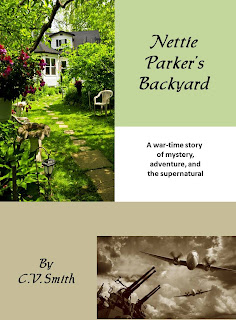 Now, on to my book! The idea for Nettie Parker's Backyard came to me in a very vivid dream, and whereas most of my dreams go unremembered, this one was definitely unique.  Its powerful detail and message ended with a revelation that has affected my own personal beliefs, further compelling me to write the book.  My research took me down some fascinating avenues as I discovered such things as the Gullah language in the , the Kindertransport, sand fly fever, and the role African-American soldiers played in WWII.  Nettie's character was based on that of my granddaughters; thus, some of her best virtues are those of trust, love, and friendship.


And finally - a stunning review!

C.V. Smith manages to gather more in one book than most authors attempt to place in a series. In NETTIE PARKER'S BACKYARD she packs in information about the history of slavery, African culture (including a fascinating explanation of the Gullah language, a means of communicating among slaves form all parts of Africa who needed to communicate for survival, and thus created a 'universal' means of speaking), the subject of World War II and the Final Solution Hitler devised for the Jews, including the 'kindertransport', the role African-American soldiers played in a country still prejudiced about race, the mysticism of learned ones, and the meaning and importance of history. Smith relates all of these in story form as Halley, from , visits her beloved Aunt Nettie, shares her with her school as a teacher of the past, and participates in the little miracles that surround the main character, the multifaceted and mysterious Aunt Nettie.

But the magic in CV Smith's writing is not confined to developing an interesting story that she directs to the age group of 9-13. It is the quality of writing and creating palpable characters, balanced with the technique of ending each chapter with a suspenseful moment that keeps the reader fascinated and eager for more. And in addition to that, Smith's entire book is devoted to teaching young vulnerable minds the graces of self-acceptance as well as acceptance of others, the beauty of differences, and the concomitant importance of respect for all people, races and religions, including other differences such as physical and mental disabilities. In other words, by creating Aunt Nettie as the source of knowledge and container of love, understanding, and experience, she has established a role model to fight prejudice. There is a universality to this book that will benefit not only the intended reading group for whom the book was written, but also for the parents and extended families of the children who share this treasurable book.
~   ~   ~
C.V's  Web Presence...
Direct link to buy my ebook/paperback at Barnes & Noble
Direct link to buy my ebook/paperback at Amazon
Webpage:  www.nettieparkersbackyard.com
Email:  nettie.halley@gmail.com
Twitter:  @c_v_s_
Facebook:  (under the name of Cindy Smith)
~     ~     ~
And there you have it! The wonderful splash of C.V. Smith.
I certainly hope you enjoyed this week's author, and will
check out Nettie Parker's Backyard.
Have a super rest of the week!
Please be sure and share this Author Splash
with your friends and family.
Simply select any of the buttons at the top right hand side of the page
to Tweet, FB it, and much more!
Until we meet again...
Stay casual - live life to the fullest - and have a piece of chocolate for me!
Your blog host:
Epic Fantasy Author
Janet Beasley 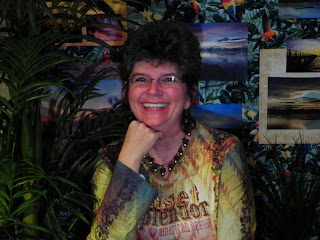 Posted by Your Blog Host - Janet Beasley at 12:01 AM No comments: Links to this post