From the Nose of Our Kayak: Chapter 9 Back Down Rock Springs We Go...This Time to Check Out the Scenery 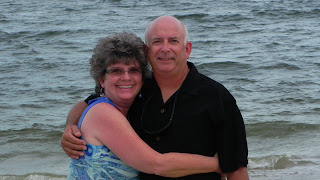 Hello and welcome to the JLB Creatives Blog, where you'll find an array of creative features from a hand-picked group of creative geniuses.

Wednesdays on the JLB Creatives Blog are set aside for our blog book, "From the Nose of Our Kayak." JLB Creatives CEO, Janet Beasley, and her husband, Don, have been kayaking for nearly 10 years. Together they are excited to share with you, their awesome experiences that they have encountered. In this Wednesday feature you'll find kayaking stories, scenic nature photography from their outings, and some helpful tips when it comes to maneuvering your "butt sleds" (aka kayaks) on your journeys.

Previous chapters can be found in our blog archives. We began the series on June 1, 2016.

From the Nose of Our Kayak
Don & Janet Beasley
Chapter 9 Back Down Rock Springs We Go...This Time to Check Out the Scenery


As we mentioned in our last chapter, we would be back to kayak the Rock Springs Run. And here we are, only a few weeks later. This trip happened on November 18, 2010.

You may be surprised that we get the beautiful colors of autumn here in Florida, but depending on your location and how the weather has played out, you could very well find yourself in a wilderness of all of the fall colors you long for...yes, in Florida!

We launched our Wilderness Systems kayak early morning, and decided to take our time now that we knew how long it actually takes to get to the pick-up point (Don and I have done the run in as fast as 2 hours...but that was paddling for exercise, not scenery).

Before we even exited the canal onto the river, the fall leaves were showing themselves, dancing atop the calm water.

We reached Rock Springs Run and took a left, and entered the waters of the Wekiva Springs State Park. In no time we were thrust into all that nature had to offer on this gorgeous, blue sky, sunny, autumn day.

The water of the Rock Springs Run River is just as crystal clear as Silver Springs, but is much more shallow. The clear waters lure you in on a hot day, to dip your feet, stop and take a quick swim, or just gently glide down the river with your fingertips caressing the top of the water.

Our first sighting was a Great Blue Heron. I never tire of photographing these majestic creatures on any river. Mother Nature pulled back the veil and allowed us to spot turtles, Phoebes, and a Great Egret. And as we rounded one bend, we accidentally startled a mallard duck. I was quick to rap off some pictures, including one of him taking flight from the water.

Another amazing experience happened as we approached a large tree laying across the river. The large log came to a "V" in the middle of the river, dipping down to where the hardwood was somewhere around 2-3 feet above our heads. Much to our surprise, sitting in that very "V" was a hawk. The hawk allowed us to glide under him. We turned the kayak back around so we were heading against the current, and Don held the kayak steady while I took some of my most favorite photos to this day.

It wasn't long before we reached the "prairie" portion of the river and were greeted with Florida's fall colors. The foliage was stunning to say the least. The lily pad beds that lined the shoreline were still present, making for a fantastic contrast of colors.

As we cruised across the shallow, crystal clear, liquid terrain we noticed a fish floating down river with us. The mirror-like water's top produced some of the best reflections we've ever seen. This feature was yet another luring tactic, by this river, tempting us to return in the spring and summer...we did, and we were not disappointed!

We've put together a short video (below) of a compilation of all the wonderful sightings we described above. We invite you to watch and enjoy the scenery just as we saw it on November 18, 2010 From the Nose of Our Kayak...

From the Nose of Our Kayak
Rock Springs Run, Florida November 18, 2010

Kayak Tip of the Week: Just because the water is shallow and looks inviting, be careful...the riverbed can be soft (like quick sand) and the river's current can be stronger than it appears. If you want (or need) to exit your kayak to portage on the shoreline, beware of wildlife; in central Florida that can include alligators, snakes, bears, coyotes, and/or stinging insects to name a few.

Have You Downloaded Your Copies Yet?

5 stars!
Kick off your next summer read with this historical fiction based on a navy veteran's journal: WWII
J. D. Karns/author
28 Months of Heaven and Hell
CLICK HERE FOR 28 MONTHS...EBook 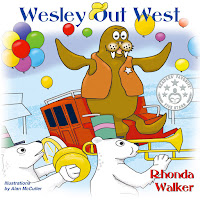 5 stars!
Feel the heartache and victory of an 11 year old diagnosed with Leukemia: True to life
Lisa Andrews/author
A Life Renewed
CLICK HERE FOR A LIFE RENEWED EBOOK 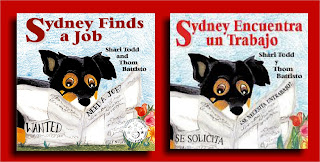