Submissions Are Open for Specific Genres!

Hello fans of the literary world! Welcome to the JLB Creatives Publishing blog. Today we've got something special for aspiring authors seeking a publisher.

Let's face it, readers need authors, and authors need readers. It's one of the best combinations on the planet! Fact: readers want to read sweet, professional works, and serious authors don't want to put out sour, unprofessional material. That's where having a publisher comes in.

It takes hard work, passion, and severe dedication to the craft of writing to be accepted by a true publisher. JLB Creatives Publishing makes certain the stories they select for publication will present readers with quality stories that are professionally edited (in-house) and will also have book covers and interiors that have been designed professionally (in-house), both performed while working one-on-one with each author. These are only two of the main features in which JLB Creatives Publishing takes pride. Our one-on-one customer service/communication throughout the entire publication process (before, during, and after) with our team of industry professionals, and the fact that we promote our selected authors on our main social media outlets set us apart. If selected for publication you will have both an eBook and a print book (in most cases), and both will be made available globally.

You'll find we are a true, credible publisher who sincerely cares about the authors we select for publication.

If you have a completed manuscript we invite you to visit our website at www.JLBCreatives.com and take a look at our Submission Guidelines page first. If after reading our guidelines you feel that you and your story are a good fit for our publishing company, move on over to the Submission Form page and follow the instructions.

will be up for consideration first.

We DO NOT accept or consider manuscripts that are obscene or slanderous.

We look forward to seeing your submissions.

This week I'm challenging you with a photo prompt. Write a flash fiction of 500 words or more inspired by the photo below. Where does this road lead to? What's waiting at the end or inside the fog at the edges? Is it a dangerous journey or are your travelers safe as long as they stay on the yellow brick road?

Be sure to post a link to your story in the comments below or the comments section on the blog link on our Facebook page JLB Creatives Publishing. Don't forget to stop by JLBCreatives.com for great books and cosplay accessories!
Posted by Elise at 12:00 AM Links to this post

Email ThisBlogThis!Share to TwitterShare to FacebookShare to Pinterest
Labels: Writing, Writing How To, writing prompt

We Are Running Full Speed Ahead!

Last week was a busy one, and from now until the end of October we don't foresee it slowing down. 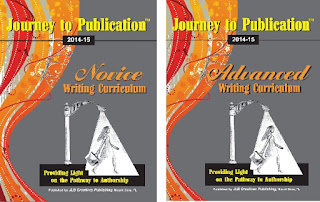 Publication Writing Program Curriculum. The event was designed to introduce home schooling individuals and groups to our remarkable curriculum and how this fantastic writing program works, including the best part...someone is published for no charge with the purchase of each curriculum! It doesn't get any better than that. For more information regarding who else (and there are many) this outstanding writing program is suitable for we invite you to visit Journey to Publication 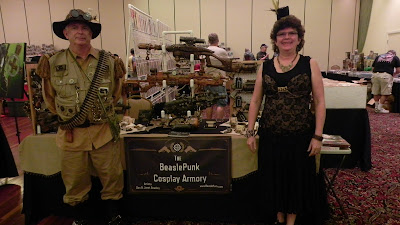 The second event came quick...Lake Collect-A-Con. JLB Creatives Publishing's CEO and her husband are "makers" (artists) of opulent steampunk and other type "punk" items; hence, the name of their art line, "BeaslePunk." To see some awesome photos we invite you to visit (and Like if you already haven't) BeaslePunk on Facebook at http://www.Facebook.com/BeaslePunk  In her spare time, when she's not working with the awesome authors of JLB Creatives Publishing, Janet is designing, creating, and crafting. 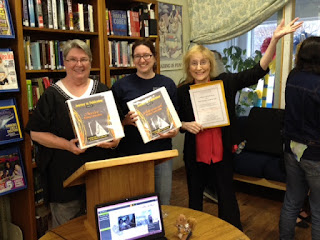 And as if that's not enough - get ready - because this Wednesday, Janet, along with with JLB Creatives Publishing's team members Dar Bagby and Jean E. Lane, will be making back to back presentations to introduce Journey to Publication to the Pickford (Michigan) middle school and high school. Dar will be there in person while Janet and Jean E. appear via Skype. The journey will begin on October 8. For more information contact the Pickford Community Library at
210 East Main Street
Pickford, MI 49774 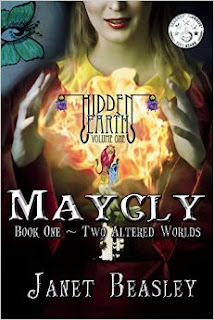 Then comes October 17 - 18. The Renninger's Steampunk and Industrial Show will kick off and the BeaslePunk Cosplay Armory will be there with not only their cosplay guns, and Codger Works Jewelry, they'll be adding hats and masks to the inventory. And to cap it all off JLB Creatives Publishing will have selected author's books for sale along with Journey to Publication Writing Program Curriculum!

That's it for now - but trust us, there's even more in the works!

Until next time...stay casual, live life to the fullest, and have a piece of chocolate for us!

The Untold Legend: The Warrior Queen a fantasy novel by Amy I. Long 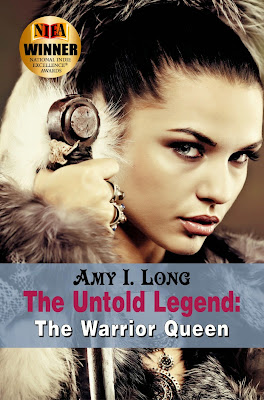 Amy was inspired by history to create this fantasy/romance. Boadicea (Boudica or Boudicca) was a queen of a Celtic tribe. She led an uprising against the occupying forces of the . "I especially like strong, outspoken women of earlier days but little known in modern times. Perhaps that is what sparked my enthusiasm to write about my own queen.”

Now The Untold Legend: The Warrior Queen is ready for global release to entice and thrill readers.

About The Untold Legend: The Warrior Queen
Voda of Monarch never once believed she would end up as a queen. Now she must choose a husband, but she cannot because her heart belongs to Keldrick, the king of the faraway land, Ameri. A marriage between these two would be unsuitable, almost impossible.

Five Star Reviews for The Untold Legend: The Warrior Queen
“I highly recommend this book to anyone who loves a powerful woman who can lead an army to conquest, but also has a heart for a bit of romance on the side. It's a good read.”

“I enjoyed this romance novel with its descriptive scenes woven with history. The lead character is a strong, outspoken female who lives up to the position she is thrown into. This is a very promising start for this first time published author and I look forward to reading her future endeavors.”

Where to get your copy of The Untold Legend: The Warrior Queen
BAM
B&N
Amazon 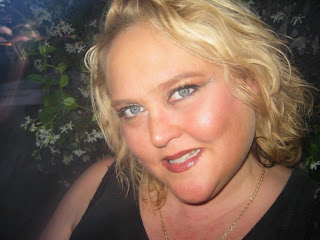 About Amy I. Long


Amy I. Long was raised in . She is working toward a bachelor's degree in molecular biology and hopes to apply that knowledge to the field of disease control. She loves watching sci-fi movies, reading historical romance novels, and studying history, medical botany, and astronomy.