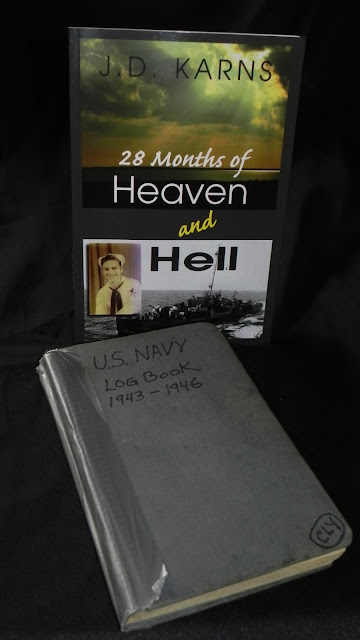 Time and distance were no threat to tearing this family apart...in fact it brought them closer than they'd ever been.

Life can have a way of separating families at times to the point of losing contact with one another. Charles Young and his oldest brother, Carl, had parted ways many years ago and had lost contact. Not because of feud or by choice, but simply because of life taking these brothers in different directions.

In that time span of separation many things can occur. Marriages, divorces, deaths, jobs, births, grand kids, great grand kids...even great great grand kids can come on the scene unknowingly to the family members who are scattered abroad.

When it comes to historical events, WWII is one of the most recognized with its soldiers highly respected. If it weren't for authors like J. D. Karns who help keep history alive through their unique stories, many of us today would not have the rare opportunity to discover the realness of such an event.

J. D. Karns (aka Charles Young) 83 year old author of "28 Months of Heaven and Hell," believes it's never too late to start something new in life. His first novel was published by JLB Creatives Publishing when he was 82 years old. We found his manuscript to be far more than a documentary of WWII. The passion, emotion, and real life happenings he portrayed in words left us no choice but to publish his story. As a surprise for the brothers, we decided to release the novel on September 14, 2014, Carl's 89th birthday.

When the oldest brother, WWII navy veteran Carl Lee Young, came home from the war his younger brother, navy veteran Charles, asked him to tell him all about it. Carl said, "Someday little brother, someday." Someday came 68 years later when Charles began receiving emails from his older brother. The emails were journal entries that Carl had kept while sailing on the DE-416 Melvin R. Nawman.

Since publication of "28 Months of Heaven and Hell," thanks to his nephew, Carl's oldest boy, Charles has had the rare opportunity to actually hold his older brother's actual journal in his hands. Carl's son made a special trip to Florida to visit his uncle Charles and allow him the humbling opportunity to hold and read the actual journal.

In the novel you'll find Carl is "Chester" and Charles is "Jeb." Charles was able to recall some of the happenings that took place back home while Carl was away which added even more realism to the story.

In May of 2105 Charles had the opportunity to display the novel during the Veteran's Appreciate Day at Long & Scott's Farm in Mount Dora, Florida. During the event Charles received a private ceremony of appreciation...there wasn't a dry eye in sight.

You'll want to be sure and grab a copy of this amazing story told from not only the perspective from the war, but also how the family dealt with the situation back home. Visit JLBCreatives.com and look for author J.D. Karns or visit the JLBCreatives.com book shoppe.