Today we are challenging you to write a story from the point of view of an animal or creature in a cage. A hamster, bird, lion, maybe a fish in a tank or fish bowl. Your story can be silly, serious, or a combination of the two. Think about the point of view. What does a bird see from its perch? Does a hamster care that his owner is a goth who listens to loud death rock? Is the lion tired of eating stew and would like to have a bite of Stu?  Possibilities are endless with this point of view. So get writing and have fun! Minimum word count of 500 words.

Email ThisBlogThis!Share to TwitterShare to FacebookShare to Pinterest
Labels: Writing, Writing How To, writing prompt 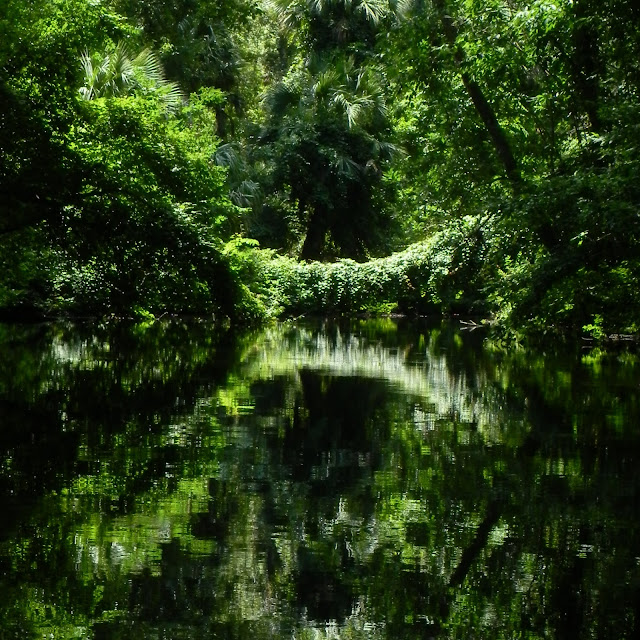 Hemingway Days in the Florida Keys... 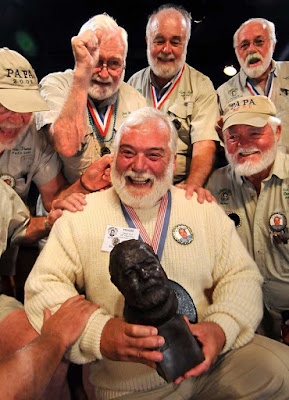 ~~~~~~~~~~~~~~~~~~~~~~~~~~~~~~~~~~~~
35th ANNUAL HEMINGWAY DAYS SET FOR
JULY 21-26, 2015
KEY WEST, Florida Keys — Whether composing novels in his Whitehead Street writing studio or fishing for big game in local waters, Pulitzer Prize-winning author Ernest Hemingway left a powerful legacy in Key West. His zest for life, literary accomplishments and enduring affection for the island he called home throughout the 1930s are to be commemorated Tuesday through Sunday, July 21-26, 2015, during the annual Hemingway Days celebration.
Scheduled events include a look-alike contest for stocky white-bearded men resembling Hemingway, readings and book signings, an awards ceremony for the renowned literary competition directed by author and Hemingway granddaughter Lorian Hemingway, a commemoration of the 116th anniversary of Ernest's July 21 birth, a museum exhibit of rare Hemingway memorabilia, a zany "Running of the Bulls" and a three-day marlin tournament recalling Hemingway's devotion to the deep-sea sport.
During his Key West residence, Ernest Hemingway wrote some of his most enduring works and spent his leisure hours fishing and socializing with local and literary cohorts. Each year, fans of his writing and exuberant lifestyle come together for Hemingway Days.
For event information and scheduel visit: http://bit.ly/1LrW5FL
Posted by Unknown at 9:02 PM

Welcome to the Tuesday post on the JLB Creatives Publishing Blog.

Encourage your child to read with Sydney Finds a Job 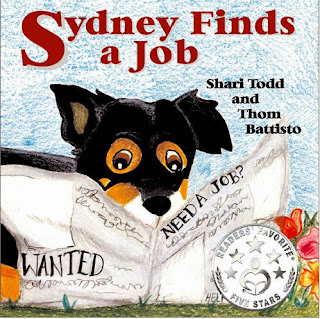 In Sydney Finds a Job, children follow Sydney as she tries to find a job that's right for her. Through humor, she tries several different jobs that just don't work out, but she finally finds one she loves helping children read.

Sydney Finds a Job is more than just a book. is a real dog with a real job, helping children learn to read. The Australian Shepherd/Chow mix was adopted from a no-kill animal shelter by author Thom Battisto about two years ago.

Sydney was trained and earned accreditation as a therapy dog and visits nursing homes to bring a bit of furry joy to the residents' lives. She also visits schools, libraries, and events to educate children about the human treatment of animals. Sydney’s favorite part of these visits is when the children are given the chance to read to her.

First Lady Laura Bush had this to say after receiving a copy of the book: 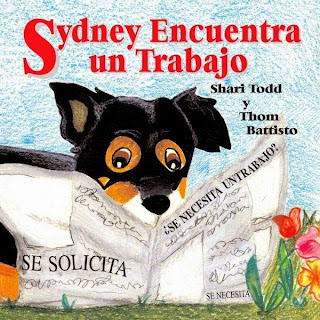 “Dear Shari and Thom,
Thank you...for your work with the Read to Sydney Foundation and for sharing Sydney with others.”

Sydney Finds a Job will delight early readers as well as older children and inspires a joy of reading in all ages. Sydney Finds a Job is also available in a Spanish-language version Sydney Encuentra un Trabajo

Where to buy your copy!
Books-a-Million
Barnes & Nobel
Amazon 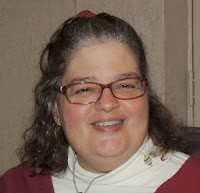 Shari Shaw Todd grew up in a small town that gave seed to big dreams of being an author. Co-writing this book with Mr. Battisto has helped her make two dreams come true: now she gets to be involved with kids and animals. Ms. Todd is currently dreaming up ideas for other books in the “Read to Sydney” series. Look for them to follow. 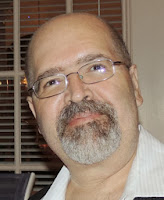 Thom Battisto was born in Chicago, Illinois, and raised in the Chicago suburbs. He is now a Florida resident and is a passionate advocate of animal rights. He has adopted several shelter dogs and has volunteered at a local shelter. Wanting to do even more, Thom and other supporters started the nonprofit organization called “Read to Sydney.” This is Thom's first book. 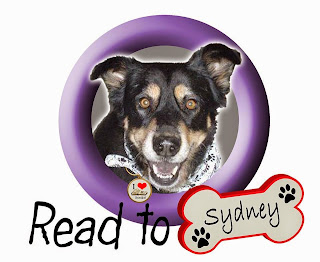 Find out more about the Read To Sydney Foundation

Keep up with all the great books already on the shelf and soon to be released by JLB Creatives Publishing at:
JLBCreatives.com
Facebook Twitter @jlbcreatives
Posted by Elise at 12:00 AM