Tools of Language and Expression - 2

This week's two tools are simile and metaphor. They are a super way to compare items in literature. The first, simile, makes the comparison by using the adverbs "like" or "as." For instance, "That wide receiver can jump like a gazelle." Or "Andy's knee swelled up until it was as big as a watermelon." 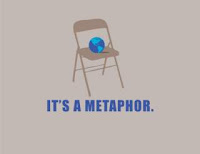 A metaphor makes the comparison without the use of those words. Instead, a writer compares the items through the use of implication. In other words, he/she uses one object as another. As an example, we can indicate that a child often repeats the actions of his/her parents by saying, The acorn doesn't fall far from the tree. An old metaphor that comes to mind is the one that describes a person who ridicules someone else's physical fault when, in fact, the person speaking suffers the same physical anomaly. As an example:
In Greta's opinion, Wendi was an obese slob, but Greta was at least 50 pounds overweight herself. So when she said, "Wendi should take some advice from the diet ads on TV and lose that extra flab," I thought, Well, if that isn't the pot calling the kettle black! That's a really good metaphor because it compares the two overweight girls to two cooking utensils that both hang over the open coals and are covered with black soot. But the pot remarks that the kettle is black, as if the pot refuses to recognize its own soot-covered blackness. 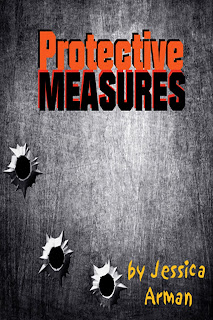 The bell sounded to mark the beginning of afternoon sector work. The morning was all classes, and after lunch everyone had to go to work in the jobs they chose. Taryn, Laiken, and Ryker were all in building, which is where they had met.

“I guess I’ll see you guys when I’m done with Garn and her boys,” Taryn said as they split up at the doors. She watched them leave, pushing each other and laughing. She loved seeing them together, just like brothers. When the boys rounded the corner, she made her way back to the classroom.

Before she even reached the classroom she knew something was wrong. The hallway was too empty and too quiet. She walked into the room to find most of the teachers present, and at the very back stood the master, Alloy. He was short and heavyset. His black suit fit like a second skin. He had bleached blond, slicked-back hair, and his face was always tight and emotionless. Taryn knew this could not end well. She put on her best “I don’t care” face and stood in front of the assembly.

“Do you know why you’re here, Ms. Bicks?” Alloy asked.

“I left class without being dismissed. Since when is that something you get involved in?”

“That is one reason you are here, but there are many more. I have been keeping my eye on you and have found that you are a leader for some of these students—too much of a leader. They seem to think that when you are around they can get away with more. Not to mention your constant misbehavior anyway. We are going to put a stop to that.”

Alloy said. He grabbed the intercom mic and made the announcement, “All students must now report to the auditorium. Please sit in your rank order, with the highest in the front.” He clicked off the intercom and faced Taryn again.

“Now, Taryn if you would follow me to the auditorium, we can get this over with and put you back in your place.” Alloy's face sported a devilish grin.

If you would like to discover more about this author and/or download her novella for FREE visit Jessica Arman's author page at JLB Creatives Publishing online.
Posted by Unknown at 12:00 AM No comments: