Hello fans - We hope this post finds you doing well and looking forward to a wonderful weekend ahead!

As a fantasy author myself, I must say that world-building has become one of my most treasured tasks throughout the writing process of my fantasy novels.

I'd like to share a few tips on creating a realistic world for your readers to enjoy. When I begin to write my fantasy novels, I begin to create my world. Often times it takes me a few chapters to settle in, and fully begin the task of building my world to the fullest. Below are 10 things from a larger list of tools I use when the time comes to turn my imagination into a realistic, fictional world.

1) What shape is your world? (round, flat, etc.)
2) What kind of climate(s) are found on your world?
3) Is there water, or is your world a dry, baron desert?
4) Are there mountains, valleys, caves, fields, meadows, etc.?
5) What kind of dwellings do your characters live in?
6) What are the modes of transportation?
7) Is there currency of any kind?
8) Are there weapons?
9) Is there a section of your world that is forbidden?
10) Do you magic laws fit your world, or do they need to be adjusted?

These 10 tips should get your creative juices flowing. Once you begin to build your world, you will find many other questions that need answered to certain that your very own masterpiece becomes a fictional reality.

See you next time!
~Janet~
Posted by Unknown at 12:00 AM Links to this post

Hello, fellow writers! This week we're going to have some fun with a visual prompt. We challenge you to write a 1,000-word minimum story inspired by the photo below. Your story may be of any genre not necessarily a western. (though they are a lot of fun!) Study the photo for a few minutes then set your muse free on the range. Good luck and Happy Scribbles! 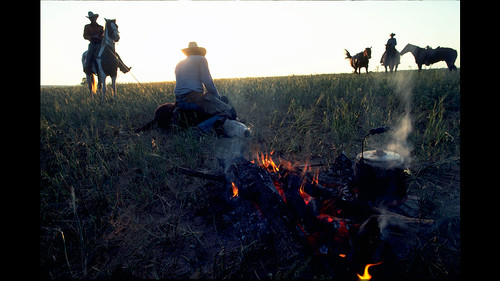 Waiting for the Fog to Lift 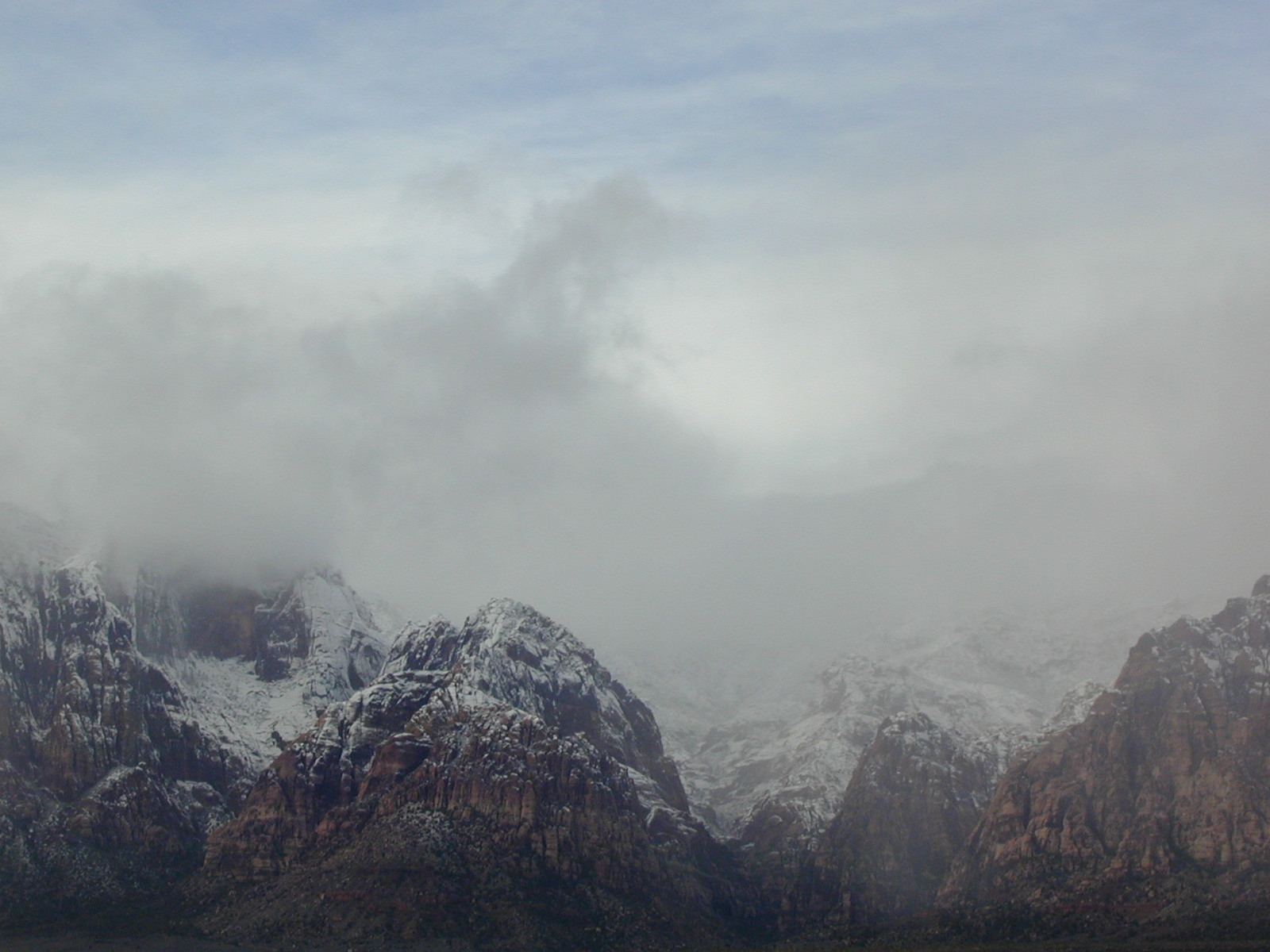 Happy Creating!
Posted by Unknown at 12:00 AM Links to this post 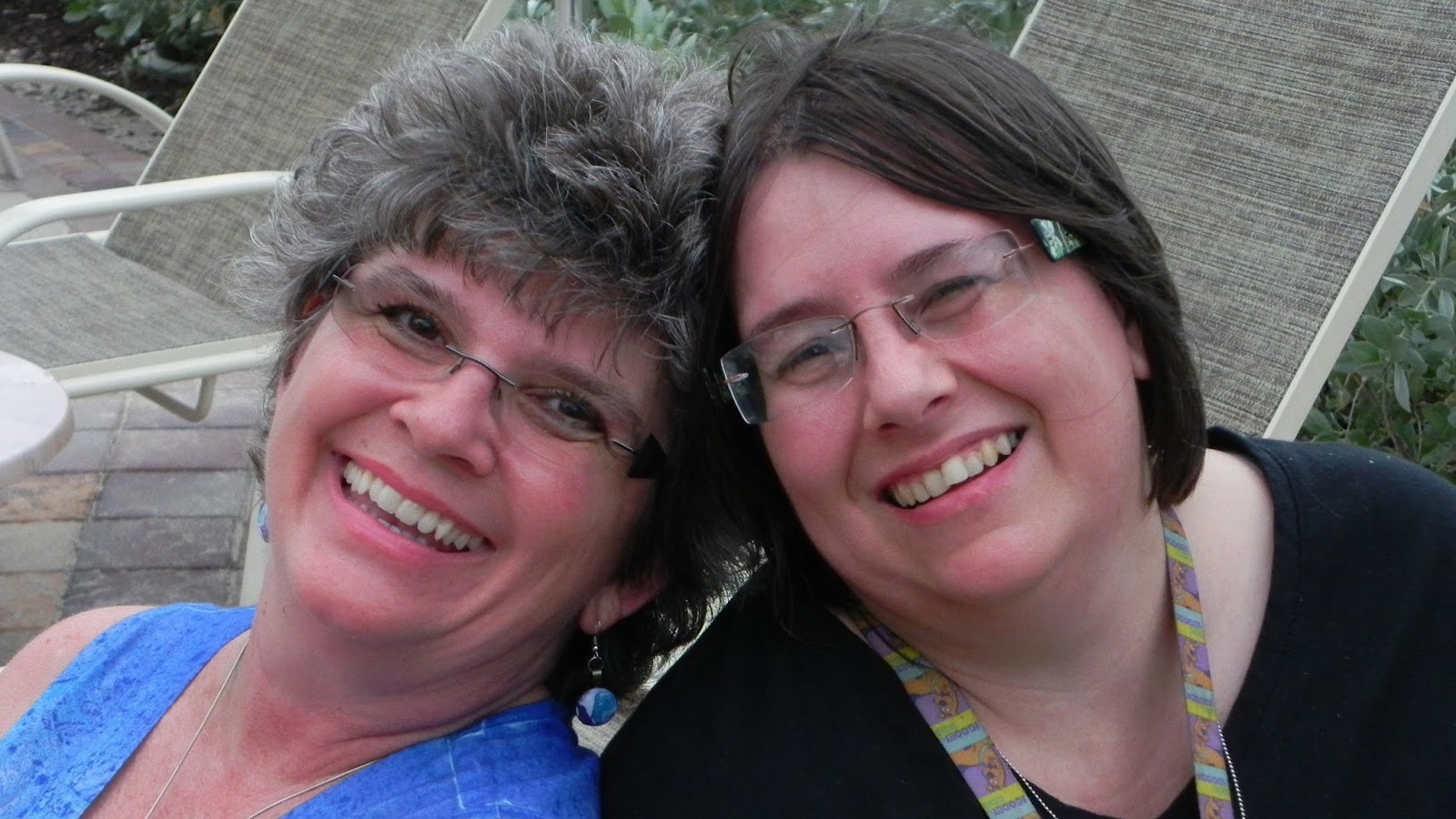 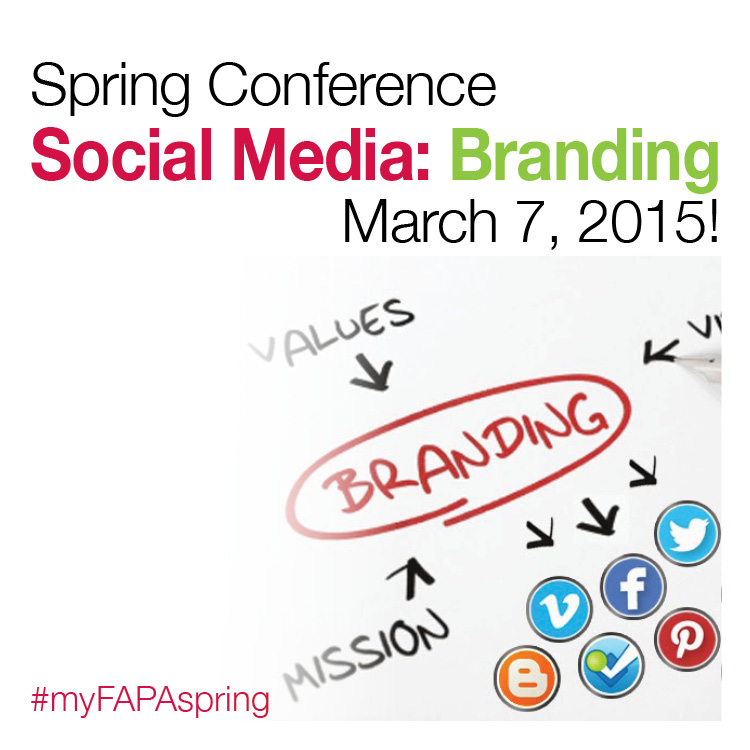 Success in publishing is all about self promotion. FAPA's 2015 Spring Conference is a dynamic learning opportunity for authors, publisher, or any profession building a brand through social media. The Spring Conference is the best place to discover new strategies and meet face-to-face with active up-and-coming business professionals in the publishing industry.
Cost: $49.00 Members - $59.00 Non-members (Membership discounted to $50 when you register for the event, a savings of $15.)
Only 30 seats available at this opportunity. Register now! Visit Florida Authors & Publishers Association, Inc. on FB to get started.
Posted by Unknown at 12:00 AM Links to this post 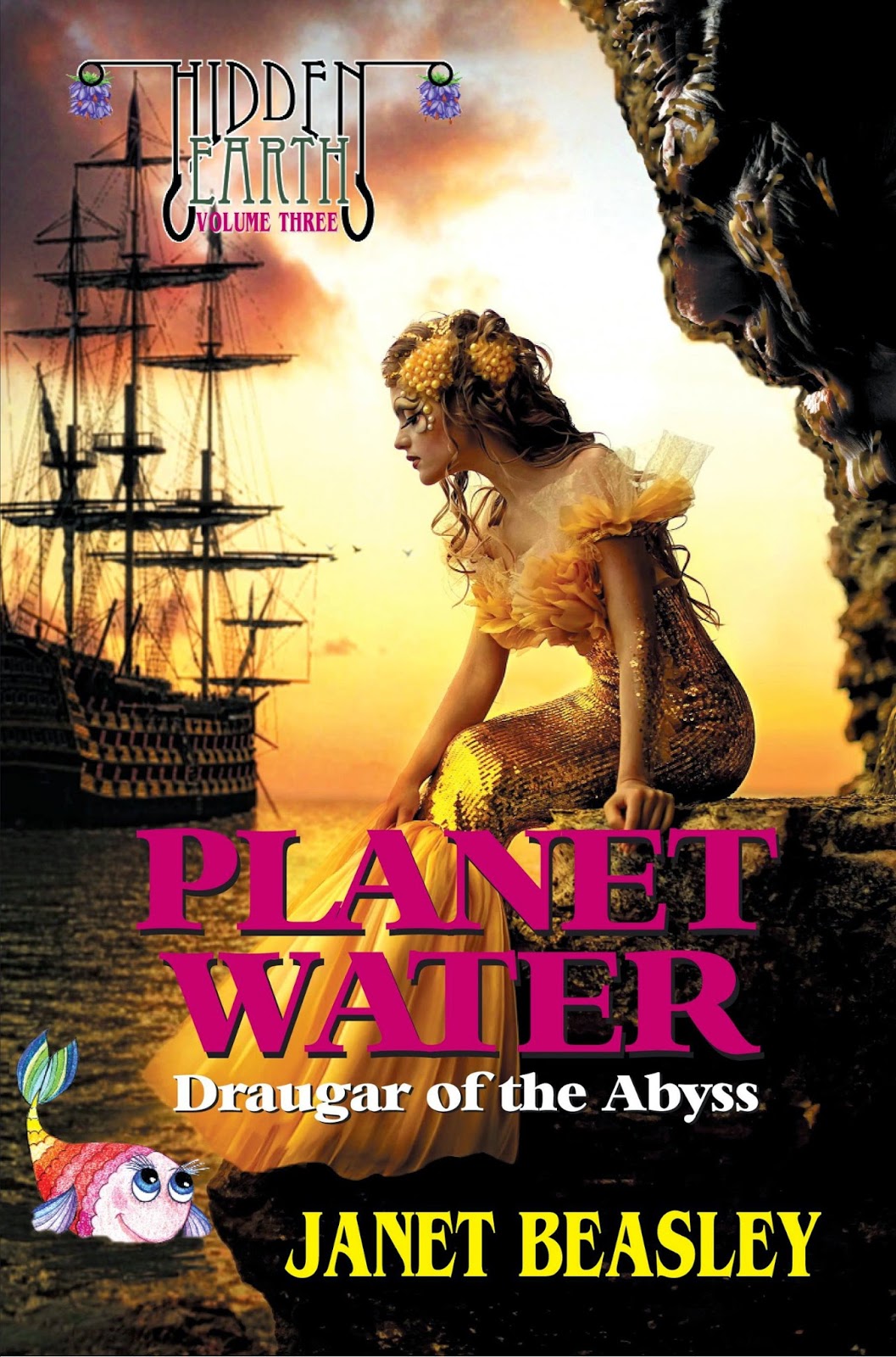 What happens to Vikings when they die? Find out in the Hidden Earth Series, Volume Three Planet Water: Draugar of the Abyss

This volume of the Hidden Earth Series holds true to the excitement and thrills provided for readers of the previous two volumes. In Volume Three, Planet Water: Draugar of the Abyss we take a historic turn in the fantastic world of Maycly and journey with sixteen-year-old Arrowanna as she carves out her destiny with the help of her family, friends, and maybe a new love.

About the Hidden Earth Series, Volume Three, Planet Water: Draugar of the Abyss
What happens to Vikings when they die? Some become the undead known as Draugar.

On her 16th birthday, Arrowanna, one of the gilled people on Planet Water, is summoned by the Grand Wizard, SUL, to be the next Carrier in His plan for a new Earth. Arrowanna, unsuspecting and somewhat rebellious, boards a tall ship (with her twin brothers stowing away as her protectors) and sets out on a quest to find The Element. In a race against time—and the Draugar—she must reach the castle with The Element to keep SUL’s plan from failing.

There is nothing but trouble from the onset as Arrowanna sails above and beneath the waves. This aquatic journey takes her to the , leads her to fall head-over-heels in love, lands her in the midst of an underwater battle, and even drags her into the icy caves of the abyss. Twists, turns, and Draugar abound in this fast-paced adventure, all while presenting nuggets of Old Norse and Icelandic mythology.

Pressure from her new love’s request and the urgency to find and deliver The Element in time cause Arrowanna to doubt herself. Will the quest be too much for her? Will she cast her destiny to the wind? Set sail with her on this mystical adventure, but…Beware the Draugar! 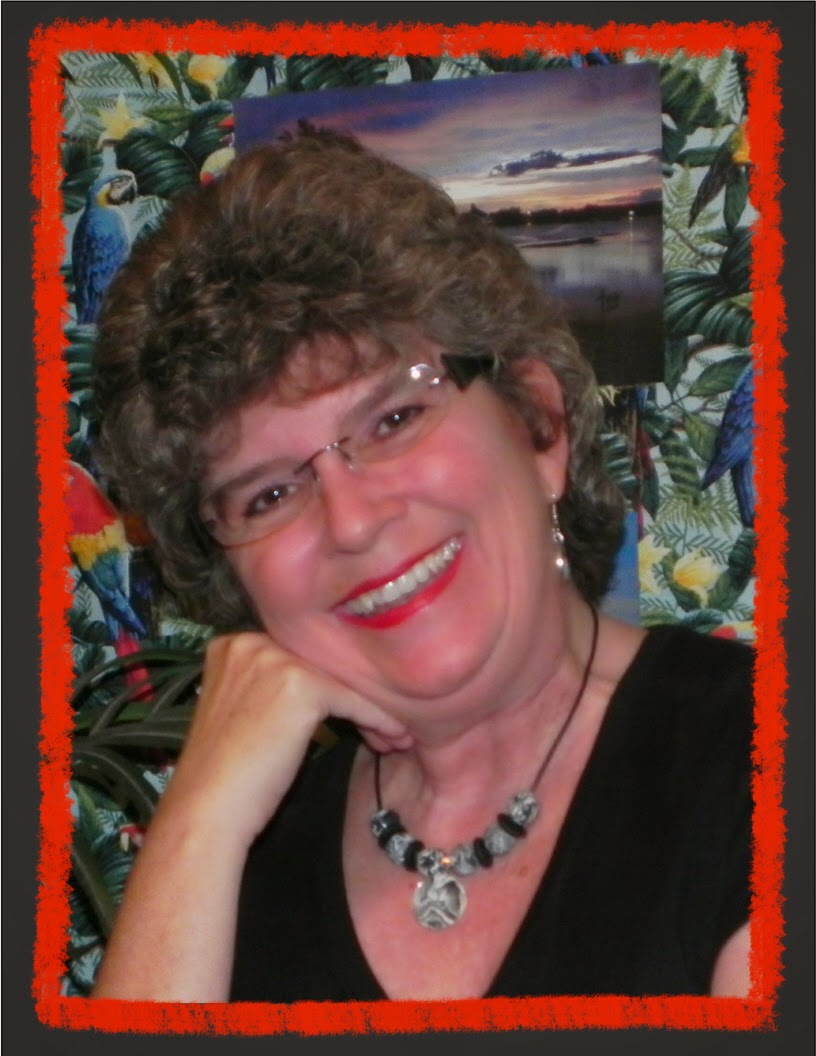 About author Janet Beasley
Janet is more than an author; she is one of those unique people who thrives on her fantastical imagination. Her imagination has served her well throughout the years. Working in the theatrical and live event production arenas for several years has added inspiration for her Hidden Earth Series.

Serving in multiple arenas from stage technician to special effects designer, and from performer to production manager, Janet has run the gamut when it comes to entertaining. She has appeared in TV commercials, spread ads, and has been published in trade specific magazines. Her creative writing career began with stage plays then evolved into creative fiction. Her Hidden Earth Series is a must-read for anyone looking to be thoroughly entertained while, at the same time, learning life's lessons through the eyes of Janet’s amazing characters.

Janet is a co-creator and instructor for the Young Writers Workshop at the Pickford Community Library in . As a resident, she makes her appearance via Skype. She enjoys kayaking with her husband, photographing nature, and baking cupcakes. 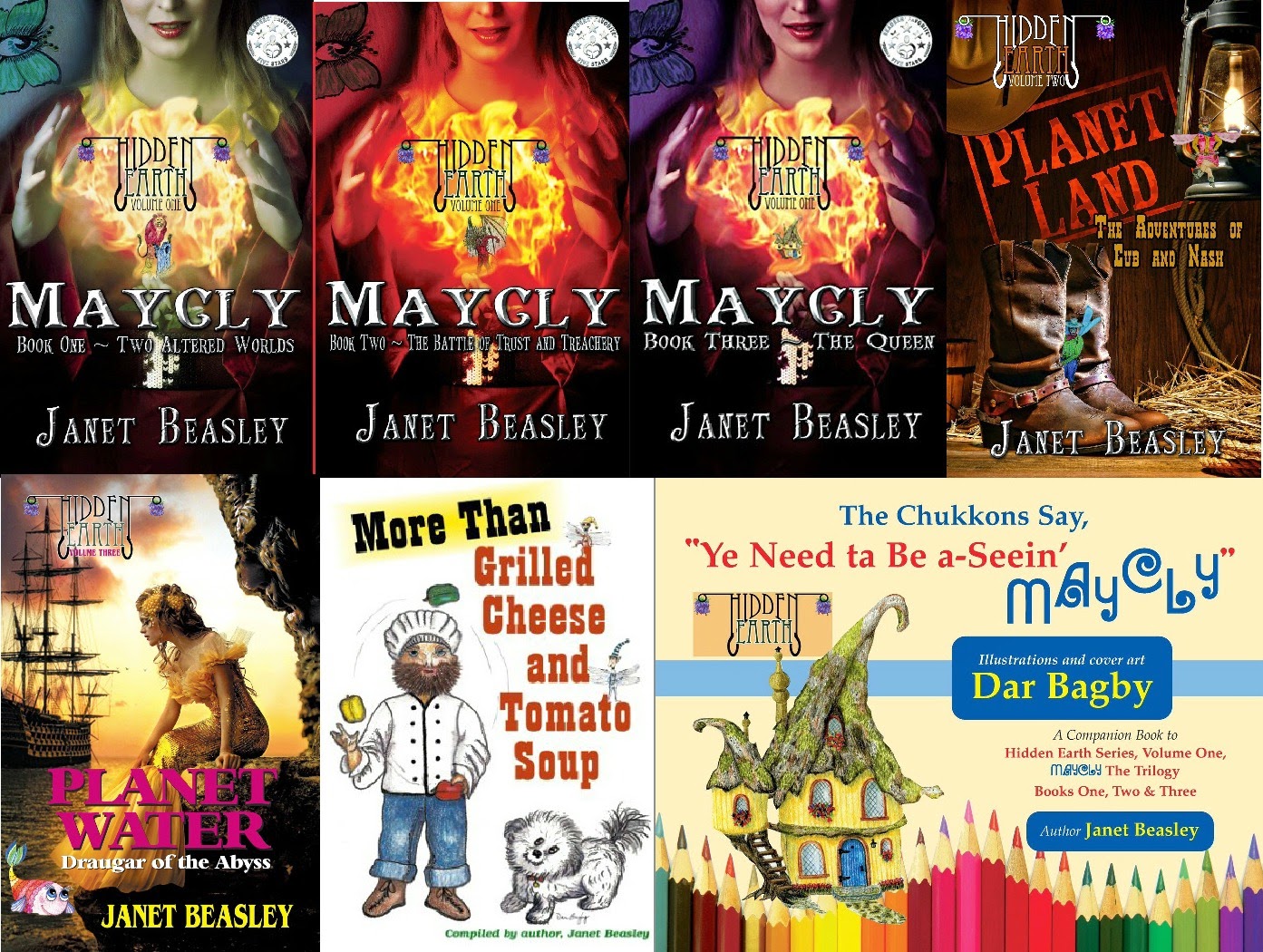 In addition, two companion books are also available to accompany the MAYCLY trilogy: a full-color illustration book The Chukkons Say, “Ye Need ta Be a-Seein’ Maycly” and a cookbook “More Than Grilled Cheese and Tomato Soup.”

Readers can find the first four Hidden Earth books currently at most retailers.

You can find more information on this book and author, or discover other great reads, by visiting http://jlbcreatives.com