Tomorrow is the BIG DAY! 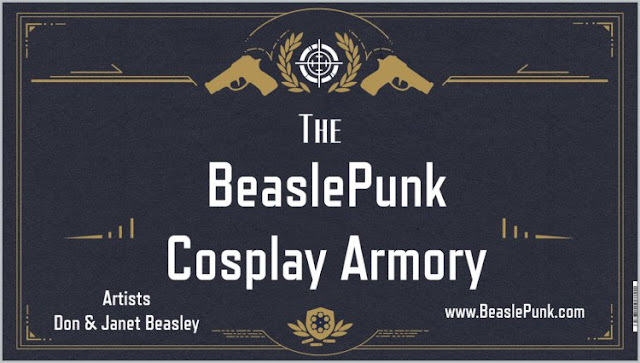 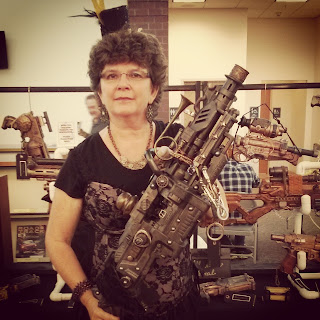 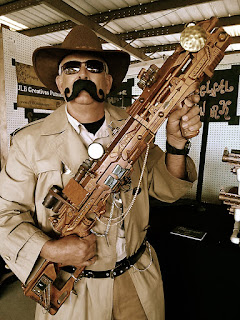 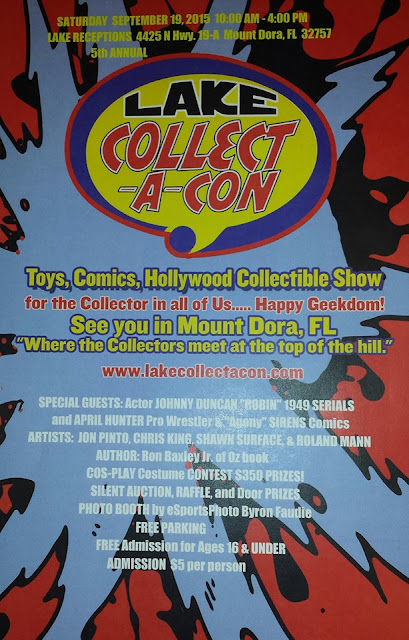 Remember to stop by the BeaslePunk Exhibit and have your photo taken holding one of Don and Janet's popular cosplay guns, then share it on your favorite social media sites using #BeaslePunk.

Hope to see you there!

BeaslePunk.com
Posted by Unknown at 12:00 AM

The BIG WEEK Is HERE! 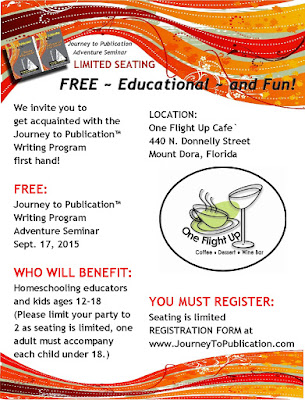 SEPT. 17, 2015 HOMESCHOOLING Enthusiasts...If you've not registered for our Journey to Publication Writing Program Adventure Seminar NOW IS THE TIME! It's FREE - who doesn't love FREE? But hurry - the seminar is only one day and that day is this Thursday September 17, 2015 in beautiful downtown Mount Dora, Florida. Choose from three available time slots.

Visit JourneyToPublication.com for more information and to register as seating is limited.

You may wonder how Journey to Publication Writing Program fits into homeschooling. If you've been asking that question visit Journey to Publication for Homeschooling on our website to discover a wealth of information about this remarkable, pioneering program and curriculum where one student from every purchased edition will be published by JLB Creatives Publishing at no charge.

JLB Creatives' BeaslePunk artists and makers, Don and Janet Beasley will be exhibiting. For more information on their opulent steampunk and other punk style cosplay weaponry visit www.BeaslePunk.com Be sure to check out their gallery! 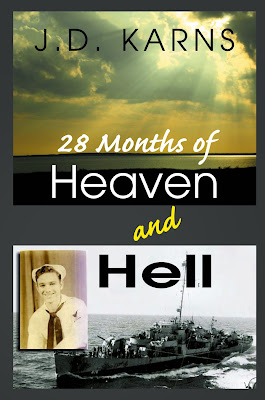 Readers Favorite reviews has given 28 Months of Heaven and Hell a WWII historical fiction novel by JD Karns a stellar 5-star review!

I love historical novels. Anything with history makes a story that much more real. I feel like it could actually have happened, even though the story is fiction, because it is set in an era or around an event that did happen. That is exactly how 28 Months of Heaven and Hell by J.D. Karns feels. Based on journal entries from a World War II naval man, this book is steeped in so much history it feels real. I loved reading the letters that "Chester" sent his family back home and watching the emotions of his family members as they read his letters: dad and his two brothers proud, mom also proud but nervous, praying for his safe return. Knowing those letters were based on real letters sent home from a man who enlisted to serve and protect our country in our time of need makes the story that much more special.

I love World War II stories as well, so this book is just the perfect combination for me. The reader experiences everything from the great typhoon of 1944 to Iwo Jima and Okinawa, and from the atom bomb to the signing of the treaty that ended the Second World War. I think it is so educational and I love stories that really bring history to life because it can teach people so much. And I love how the story stays with the family and we only glimpse the war through the letters. I wasn't expecting that, so it was a really refreshing twist that kept the story interesting.

About 28 Months of Heaven and Hell
J.D. Karns' historical novel is based on the actual journal kept by Carl Lee Young while he served in the U.S. Navy during WWII aboard the escort vessel DE-416 USS Melvin R. Nawman. Karns has brilliantly woven Carl's journal entries together with fiction to create an entertaining, breathtaking, and highly factual account of the war from a sailor's point of view. Experience everything from the great typhoon of 1944 to
Iwo Jima and Okinawa, and from the atom bomb to the signing of the treaty that ended the Second World War.

It is an emotional roller coaster ride between the onboard action and the family back home. The realism of 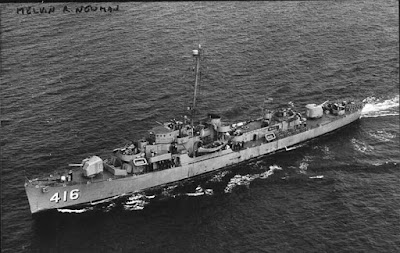 not only the war but also the era has been captured with expertise.

In real life Carl's younger brother, Charles, longed to hear his big brother's WWII story. When Carl returned from the war he promised his little brother that someday he would tell him all about it. That day came recently when Charles began receiving journal entries from Carl via emails, totaling 168.

Both Carl and Charles are excited to have their story turned into a historic novel. Both brothers are still living; they share the dream of holding a published copy of Carl's story in their hands before being called to Heaven. Carl resides in Arizona, and Charles resides in Florida. Both are still happily married and, through emails and phone calls, enjoy keeping each other informed of their day-to-day lives.

Where to find JD Karns on the web