From the Nose of Our Kayak Chapter 20

Welcome back! We've returned and are ready to bring you more awesome chapters to our FREE blog book, "From the Nose of Our Kayak." So let's get started and pick back up where we left off....

...Hello and welcome to the JLB Creatives Blog, where you'll find an array of creative features from a hand-picked group of creative geniuses.

Wednesdays on the JLB Creatives Blog are set aside for our blog book, "From the Nose of Our Kayak." JLB Creatives CEO, Janet Beasley, and her husband, Don, have been kayaking for nearly 10 years. Together they are excited to share with you, their awesome experiences that they have encountered. In this Wednesday feature you'll find kayaking stories, scenic nature photography from their outings, and some helpful tips when it comes to maneuvering your "butt sleds" (aka kayaks) on your journeys.

Previous chapters can be found in our blog archives.

From the Nose of Our Kayak
Don & Janet Beasley
Chapter 20: A Beautiful Day...What Can We Say 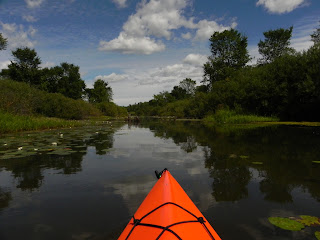 The reason you either live or travel to Michigan's U.P. is to experience days such as these. The sky was bluer than any we'd ever seen, the cloud formations were unique, and the wildlife was plenty.

We launched our kayak into the Tahquamenon River once again. We took our time flowing downriver, paddling only when we wanted to as we wanted the day to last forever.

Our first glance from the nose of our kayak on the river was awesome. The water had no ripples...it was actually a mirror. 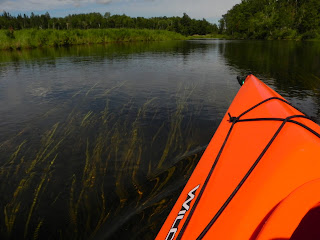 The brackish water was clear, and the sights beneath its crystal top were as beautiful as the sky. The vegetation laid in the direction of the water's flow. Lilly pads came into view and we stopped to gaze upon their serenity.

As we coasted a bit farther down river we began to see flocks of one of our favorite birds, cedar waxwings. Something about their striking appearance, perched among the red berries of the ash trees, against the blue sky.

The cedar waxwings were flying in and out of the trees above. The air was thick with these amazing winged creatures. 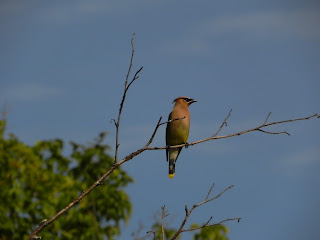 Cedar waxwings are plentiful year around in Michigan's U.P. Their diet consists of berries that the either perch, pick and swallow whole, or snag as they hover, fluttering in flight. Their coloring is distinct, and a treat for any birder when they spot them through their binoculars. The are a tannish color with vibrant outlines in black, yellow, and red. Their tufted crests are similar to that of a cardinal's. The black "mask" across their eyes gives them away at a closer glance. They normally flock, and will nest in woodland areas. 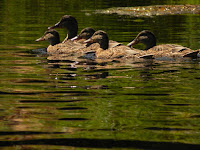 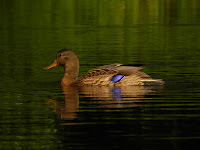 Next up we came across teal wing ducks. Floating quietly down a river has its advantages as we came upon a flock of ducks swimming their way across the river. One, most likely papa duck, brought up the rear and we were able to snap a shot of him and his brilliant coloring on his wing. 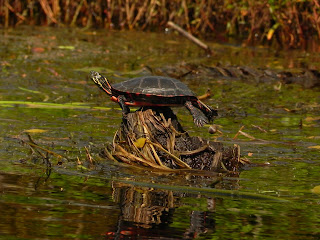 Once the ducks had made their way across we looked up, only to find a sky filled with clouds that change shapes in a hurry. We kept snapping the camera to capture all of the wondrous shapes and patterns that continued to change with every bend in the river. HINT: We've added all of our cloud photos below.

After the clouds came a turtle...resting like none we'd ever seen! As we zoomed in with the camera we soon realized he was balancing on his under-shell atop a piece of wood protruding from the water. 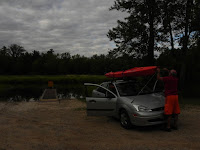 The day lingered, but not nearly long enough for us. But the good news is, we made it back to the dock before dark, and were able to load up with ease.

On the way home we were even graced with a beautiful sunset that showed-off some rain clouds we couldn't believe even existed on that awesome day. 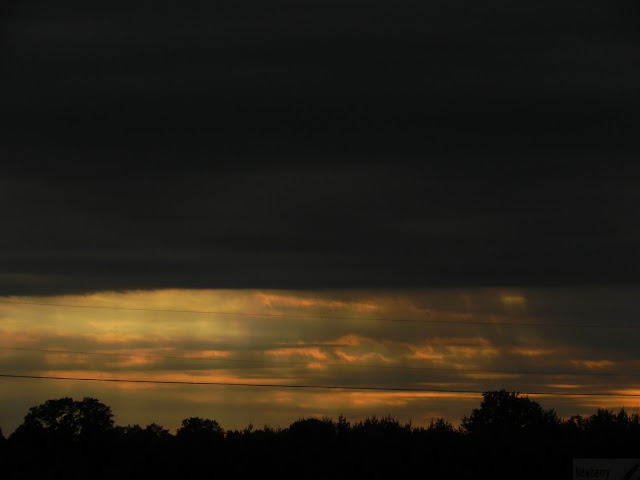 Kayak Tip of the Week: Always keep a pair of binoculars in your dry bag. You never know what you may find in the distance that deserves a closer look. 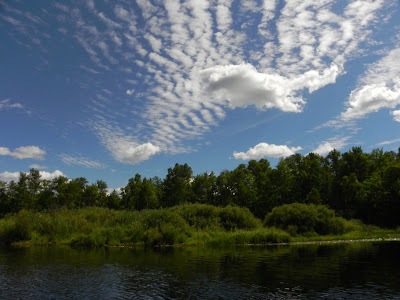 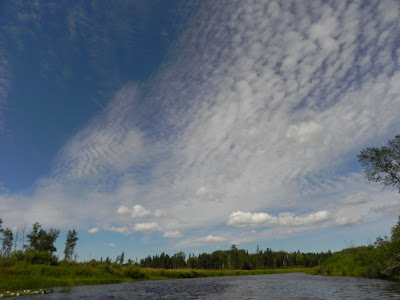 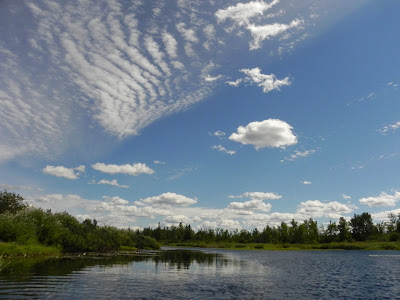 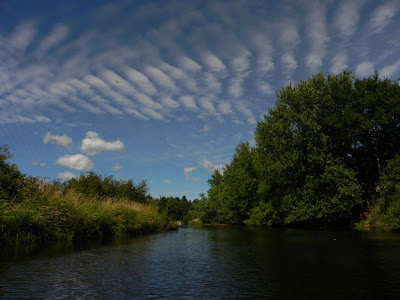